I am thankful for carpet farmers 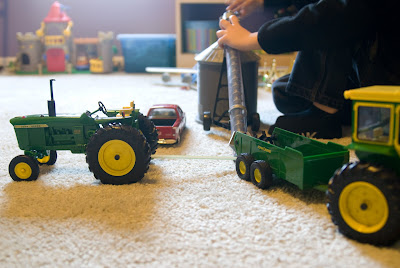 and the way she shoves spinach in by the mouthful. 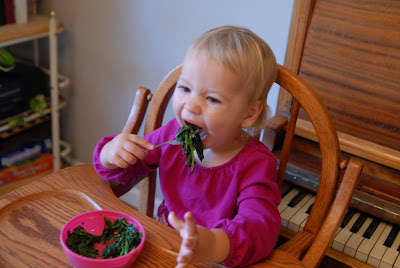 I'm thankful for the goofy silly mind that this guy has. 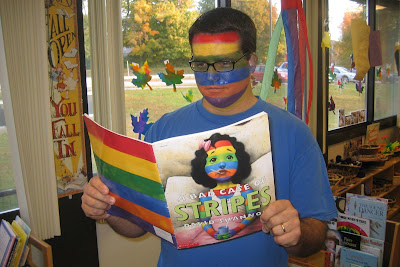 I am thankful for first scribbles 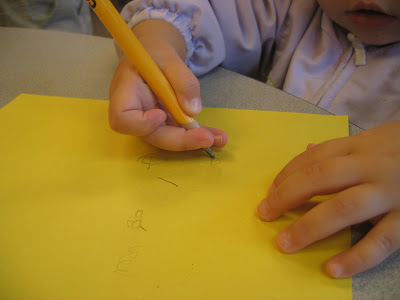 and sitting inside toy boxes. 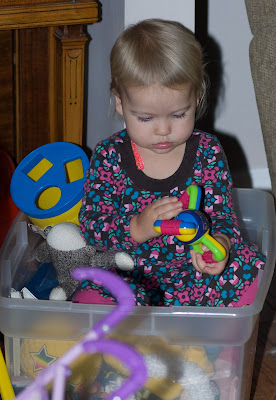 I'm thankful for the smile that this boy has when he's at school. 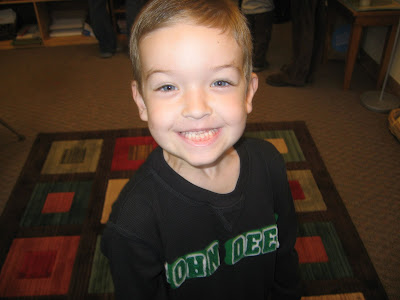 I'm thankful for our fireplace, which has increased the cozy factor in our house a million-fold. 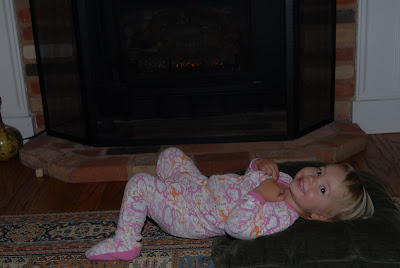 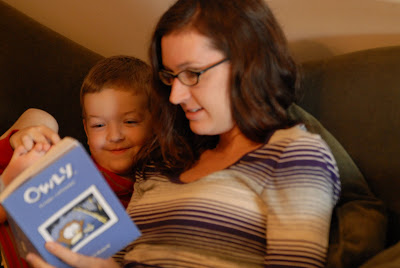 I'm thankful for this cheese pizza. 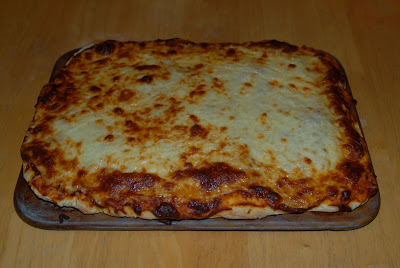 I'm thankful for my two snuggly boys, who have more hugs inside them than anything else. 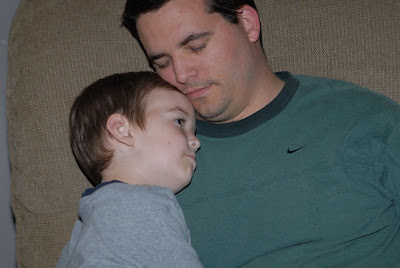 I'm thankful for my girl, who is growing so long and so funny and so lovely. 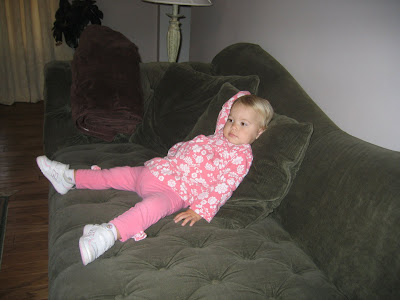 My dad's mom was stupendous. I loved going to her house. I have so many memories of playing there with my sister--things like shutting all the doors in her L shaped hallway and bouncing superballs. Those wood floors were so shiny. Or setting up elaborate farms using Legos.


Many of my favorite memories are from times when I went there by myself to stay the night. I felt so special, because she'd lead me to the spare bedroom that she had set up. She'd put my suitcase in the closet while I noticed that she'd put out a new air freshener on the dresser.


She would color with me. She had a great selection of coloring books. She called crayons crins and she colored in a circular motion. I liked to sit and color on her window seat with the plant.


I followed her around while she did her chores. Her house was always immaculate, but still very cozy and livable. She swept up the big black flies that had fallen to the floor. She set out the daily newspaper with the comics separate, for people to read when they came over.


Because she cooked lunch (but called it dinner) every day, for anyone who wanted to come. People always came. My dad, my uncle, various cousins and their spouses, farm hands. She was the queen of side dishes. Each lunch would have one or two main courses and a lot of sides. We're talking mashed potatoes, noodles, corn, green beans, sliced tomatoes, and rolls. For one lunch.


But back to spending the night. She would let me stay up as late as I wanted, which was never as late as her. I would ask her, "Grandma, how late are you going to stay up?" She'd say, "Oh, probably until about 11:00." I asked her when she got up and told me that it was usually around 5:00 a.m. "You don't need as much sleep when you get old."


In the morning, I would wake up to the sound of her shoes walking around the kitchen. She always wore shoes, even in the house. The best thing about breakfast was the Tang. She'd make me a big glass of Tang, and some bacon and eggs. It felt kind of strange to be the only two people at her very long dining table. She always had a banana, and a slew of medications.


While she did her housework, we'd watch The Price is Right and Days of Our Lives. I'd sneak Reese's peanut butter cups from the fridge and eat them, but not in her front room with the white carpet. Except I didn't really have to sneak them, she would have let me have as many as I wanted.


As I got older, I didn't spend the night anymore. But I did go to her house when the rest of my family went to the high school basketball games. I didn't have much interest in sports. Still don't. She and I would play Rook or Uno at that long table. We laughed so much.


I miss her. She died when I was about 5 months pregnant with Bee. I so wish she could have met my kids, and that they could have played in her house, and drank her Tang.

My girl dressed as a candy corn, and my boy was a wicked witch. He didn't wear his hat, because it kept blowing off. His face is painted green, but it's hard to tell in this picture. 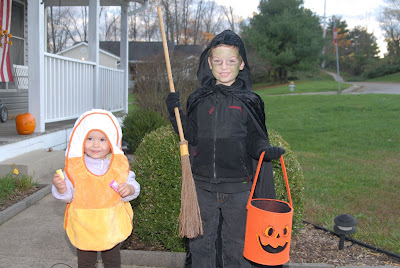 Our first stop was our neighbor's house. My daughter didn't really understand what was going on, but she sure understood candy. The universal language. 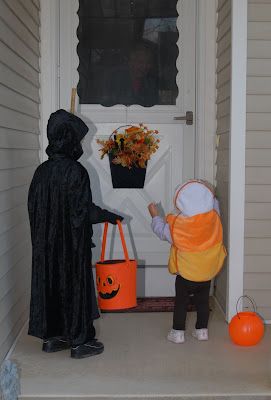 The sweetness of this picture just breaks my heart: 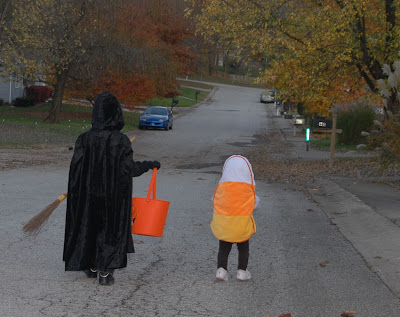 A couple times in the past few weeks, my son has mentioned the Charlie Brown Halloween special, The Great Pumpkin. He would laugh out loud every time he thought about how Charlie Brown would say, "I got a rock." He thought so much about those rocks. He told me, "I hope I get a rock." So at one house I snuck one into his bucket as he was walking up to ring the doorbell. When he walked away, he looked down and saw it, then picked it up and looked at it for a moment, wearing a shocked grin. He said, "I have a rock! I got a rock!" We laughed so hard. He is pretty proud of that rock.


At one house, we found this on the front porch: 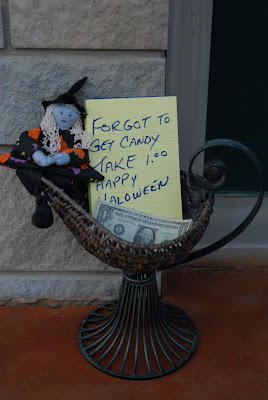 I love our neighborhood.