Today I became a third grade teacher, as my son began his third grade year of homeschool.

We spread a blanket in the front yard under our big shade tree, to do some school work.

After school he took a bubble bath, went outside and found and inch worm to play with, and later a friend came over.  I think that counts as a pretty good first day!


The further into schooling I get, the easier it becomes.  Perhaps because the hard part isn't so much in the teaching, but in accepting things the way they are and working within that frame.

She was a low-hair baby: 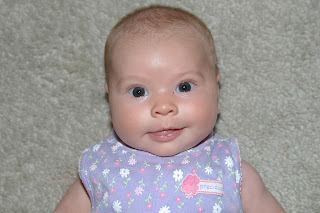 It took her hair a while to get any sort of length, consequently she has only just had her first haircut.  I'd been trying to talk her into it for several months, but she kept telling me no.  One day I took her with me when I got a trim, and then she said she was ready to get a trim too.  I later learned that she thought a haircut meant getting her hair cut as short as her dad's and brother's.  (That tells you how infrequently I get my hair trimmed, eek!)  So anyway, she only had half an inch taken off, because I didn't want her to be upset if it was too short. 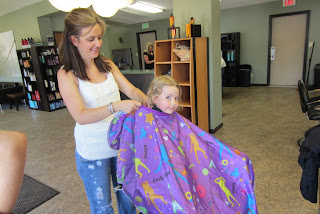 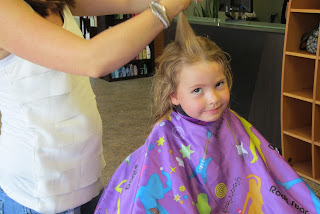 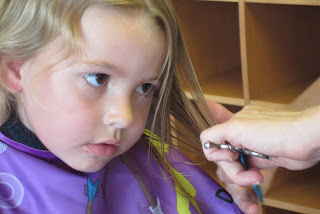 She liked it, and says she's already ready to go back for another.

We went to the fair two weeks back. The fair queen was riding around in a golf cart, and she gave my daughter this crown and scepter.  Oh she felt so regal! 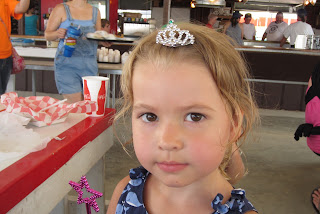 For my son, a trip to the county fair means he must wear his John Deere hat and his plaid shirt. 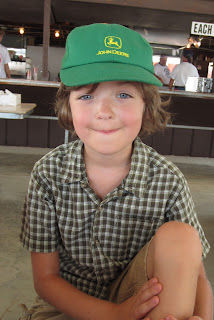